Did ya’ll have a child obsessed with Frozen?  Did you know a child obsessed with Frozen?  It seemed like everywhere you turned it was Frozen mania; not just after the movie came out, but long after as well.  If you didn’t then I am quite envious for we were watching and singing all of the songs from Frozen while donning our Elsa costumes for what seemed to be forever.  Even if ya’ll didn’t have a child in your house, you know about the phenomenon which was the song, “Let it Go.” It became small children and Disney fanatic’s anthem for a very long time. 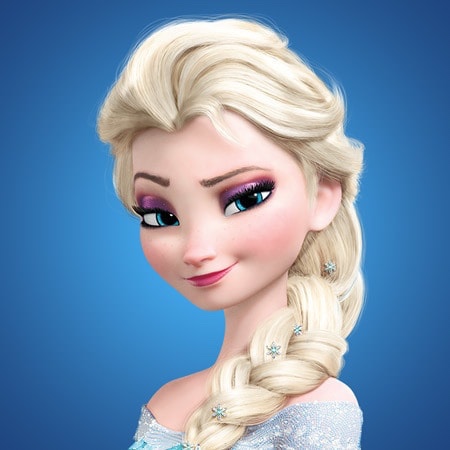 Do ya’ll do that?  Do ya’ll ever have a hard time letting things go? Do ya’ll ever find you have your own “internal Elsa” singing at the top her lungs in your mind to just “let it go” and yet, somehow, you can’t seem to do that?  It can be anything.  Literally, anything.  From the simplest of exchanges to cuts so deep you’ve held onto whatever ‘it’ is for years.  An experience or situation which you simply cannot seem to move past; or, could it be something so minute as someone not letting you into their lane while driving to work.

I’ve had my fair share of moments which I have a difficult time letting go.  One example is during my college years, I majored in Child Development.  Not a terribly well known major, but we had to choose something or run the risk of being a perpetual student.  So, that is what I chose.  One day I met, briefly, an individual.  Through the course of small talk exchanges the topic of what we were both studying came up.  When I shared mine his response was, “Oh, an MRS degree, huh?”  It didn’t resonate until later on in the day what he had meant.  Essentially the implication was I was simply buying my time at college until finding the right man to marry.   When I sat with his words, it affected me.  Was he implying that I, and all women for that matter, are only in college to find their future husbands?   Was he implying my major and by default my college degree was ‘less than’ anyone else’s? Was he implying the only role a woman is suitable for is wife?  Geeze, I wonder how many goat and oxen I am worth?!  But, I digress.

I allowed the words of a person I’ve never seen again, have a very profound impact on my inner dialog.  (I mean college was about 13yrs ago and I can still recall this memory…) You see, when I am second guessing my abilities, this person’s words have tendency to bubble up to the surface.  When I am unsure of what I am meant to be doing, I oftentimes will allow myself to fall down the rabbit hole; “well, there you go, Erin confirming what that guy said about you.”  Please don’t misunderstand me here; I am not saying I do not love the title of ‘wife’ and ‘mother’–those are my two favorite labels–nor am I passing any judgement on those who find pure joy and purpose in being a homemaker, I am simply giving you a glimpse into the craziness that can be my thought process.

Why do we…correction, why do I do this?  Why have I given so much power and authority to a complete stranger?  Do you do this?  Am I alone in this?

Another example is this, when I was younger I was called ‘weird’ pretty regularly.  Kids playing on a playground type of stuff.  This one, being called weird, didn’t have as strong an impact on me, until walking my daughter home from school one day.  During all of the hullabaloo (can we also use this word more often in our daily lexicon) that is leaving school at the end of the day, one of my daughter’s school mates looked at me and told me I was weird.  I had a split second choice to make here–a) leave it alone and act as if I’d not heard or b) use the opportunity.  I chose the latter.  In this no more than 3min scenario, I proceeded to explain to my daughter and her school mates how being “weird is wonderful.” That we are all unique and if we were all like one another the world would be an awfully boring place to be.  Whether or not that all sunk into these school mates or not, I’ll never know; but one of our family’s motto’s is now: “Weird is Wonderful.”

This past Sunday, the pastor hit the nail on the head in saying “God did this.” ‘This’ meaning me, you, where each of us lives, how each of us is uniquely made, why we are headed in a particular direction, He made our strengths and He made our weaknesses.  Essentially what it boils down to is God didn’t make any errors when He created you and when He created me.  He has formatted each of us so a specific plan of action in which only you and I can complete.  What other’s think of us isn’t what matters.  The lies we have told ourselves–that we are inept, that we are incapable, that we are not good enough, that we are only going to fail so why even try, that ‘so and so’ is this, that and the other than us, etc.  I am here to tell you, and just as much myself, that they are not truths.  Those are not words and thoughts of Christ.  For in Christ you are: saved (Eph. 2:8), forgiven (Col. 1:13, 14), free (John 8:36), safe (Psalm 91:11), strong (Eph. 6:10), healed (1Peter 2:24), a new creature (2 Corinth. 5:17); just to name a few.

Whatever your ‘thing’ is, let’s have this year be the year we all embrace our own inner Elsa and  finally “let it go.”  No matter how long we have held onto this ‘thing’ let us no longer allow the ‘thing’ to define us; no longer allow the ‘thing’ to inhibit us or cause us to doubt our abilities; no longer hesitate on who we were made to become; but to truly release the burden and let it go.

PS: never thought a song from Frozen would resonate so much, did ya?

What Day is It?